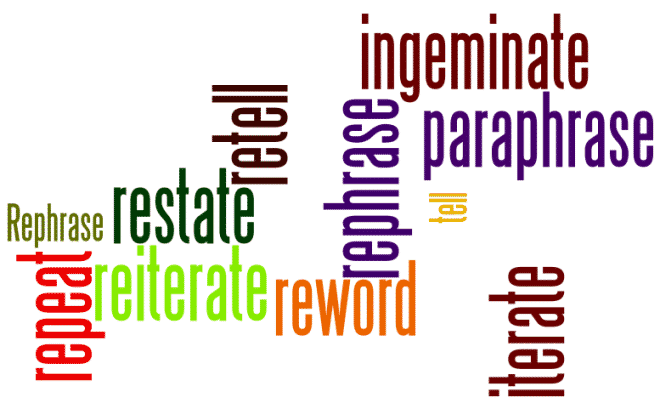 A – TASK 1
1. In general
You can try using different subjects to make your writing more flexible. For example, instead of saying “the number of people who learn English increased in the 1950s”, you can say that “in the 1950s, more people tended to learn English than in the past.”
It is very important to note that the words and expressions below are not lists of synonyms. A few examples are given here, but look for these expressions when you are reading, to see how they are used. To take just one example: made = produced sometimes, but not all the time. We can say that Rice is produced in India, but we cannot say that Rice is made in India. In other words, always notice how and when words and expressions can be used. You should also note that you can repeat keywords from the task 1 diagram in your report, but try to avoid doing this too often. If you study the vocabulary, you will be able to make the vocabulary and structure of your reports more varied.
– Subject refers to figures- Verb refers to increases/ decreases
+ The number of/ The figure for/ The proportion of/ The percentage of people who … (relative clause)
+ The number of/ The figure for people + V-ing/ (reduced relative clause)
+ There was an increase/ rise/ growth….in the number of… noun + V-ing or V-ed
+ There was a decrease/ drop/ fall/ decline…in the number of…noun +V-ing or V-ed
Example:
+ In 1999, the proportion of people using the Internet in the USA was about 20%.
+ There has been an increase in the cost of coffee.
+ The number of people going to college rose to 5 million.
+ The proportion of people shopping at Wal Mart was 5%.
+ The figure for people who like to go to Mexico in the summer increased last year.
+ There was a rise in the percentage of children born by C-section.
+ There has been a growth in the number of countries affected by drought this year

+ There was a decrease in the number of hospitals.
– Subject refers to the chart
+ The chart/ graph/ illustration/ map/ table…shows/ illustrates/ gives information about/ provides
information about/ compares…
Example: The chart shows a change in the percentage of international students among university
graduates in different Canadian provinces between 2001 and 2006.
– Subject refers to what is shown in the chart
+ People tend to + V
+ X is the most popular ….
+ Company A reduced its waste production
+ The …(noun: consumption, spending…) is highest
+ People show their preference for…
+ People have a tendency to do sth
Example:
+ In 2005, Internet usage in both the USA and Canada rose to around 70% of the population,
while the figure for Mexico reached just over 25%.
+ People in Britain spent just over £170,000 on photographic film, which is the highest figure
shown on the chart. By contrast, Germans were the lowest overall spenders, with roughly the
same figures (just under £150,000) for each of the six products.
+ Corn was the most popular food in Texas during the 60s.
+ The consumption of chocolate in the Middle East was higher than in India.
+ During the 1950s, the consumption of alcohol was highest in the USA, followed by Russia and Germany.
+ People showed their preference for traveling to work by car, rather than by bus or train.
+ People have a tendency to shop in their neighborhood, which often benefits the local grocery
stores more than it does supermarkets.

2. Particular words
– A period of time
+ during the period between X and Y
+ between X and Y
+ from X to Y
+ during the 1950s
+ within five fears from X to Y
+ over the period from X to Y
+ over a period of 17 years
+ during the researched/ observed period
+ at the beginning/ end of the period shown
Example:
+ In contrast, the divorce rate peaked in 1980, at nearly 1.5 million divorces, before falling (back) to 1 million at the end of the period.
+ The bar chart compares the cost of an average house in five major cities over a period of 13 years from 1989.
+ London experienced by far the greatest changes in house prices over the 13-year period.
+ The First World War took place between 1914 and 1918.
+ During the 1950s, the US economy quickly developed, making it the biggest economy in the world.
+ Within 6 years from 1920 to 1926, hundreds of factories were established.
+ Many schools were founded over a period of 25 years from 1900 to 1925.
During the period shown in the graph, the quantity of ice cream consumed in Italy fell by about 25%.

+ between X and Y years old
+ X – to Y-year-olds
+ X – to Y-year-old students
+ people (who are) aged X to Y.
+ people who fall into the X to Y age group
+ people who belong to the X to Y age group
+ in their forties (40 – 49 years old)
– Old people: the elderly = elderly people = senior citizens
– Young people: the young = teenagers = youngsters
– Middle-aged people = people aged 40 to 60
– People in early adulthood = people who fall into 20 to 40 age group
Example:
+ 12% of those aged between 14 and 16 years old were current smokers.
+ There was a fall in the number of 16-19 year olds studying in higher education in Greece.
+ The majority of students aged 16 to 18 were doing vocational courses.
+ People in their forties went to the cinema more frequently than elderly people.
+ While 60% of people who fell into the 30-50 age group owned at least one car, this proportion
fell to 40% among those who belonged to the 50-60 age group.
+ The period between 1980 and 1990 saw a dramatic increase in the number of youngsters and
people in early adulthood who had motorbikes.
– Spending
+ Noun: Spending = expenditure/ spender = consumer
+ Verb (active form): spend = use one’s money
+ Verb (passive form): be spent on = be allocated for = be used for = be expended = be paid out
for example:
+ Around $800 per person was spent on IELTS books by Vietnamese consumers in 2017.
+ Germans were the lowest overall spenders, with roughly the same figures (just under
£150,000) for each of the six products.
+ Spending on IELTS books increased dramatically to $800 in 2017.
+ Among US consumers, in 1990 $1 billion was spent on clothes, while the expenditure on
holidays was almost double this figure.
+ Almost half of the government spending was allocated for health and education.
– Consumption
+ Noun: X consumption = X use/ the amount of X used/ consumed
+ Verb: consume = use
Example:
+ The charts compare the amount of water used for agriculture, industry, and homes around the
world, and water use in Brazil and the Democratic Republic of Congo.
+ We can also see that water consumption was considerably higher in Brazil than in the Congo.
+ The amount/The quantity of ice cream consumed fell from 5000 liters in 2004 to 3750 liters in
2007.
– Internet usage
+ Noun: Internet usage
+ the population who used the Internet = people who used the Internet = people using the Internet = people who had access to the Internet = people accessing the Internet = Internet users
+ Verb: use = access = connected to
Example: :
+ Almost 100% of Canadians used the Internet, compared to about 80% of Americans and only 40% of Mexicans. 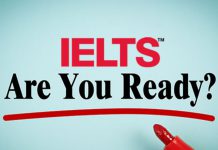 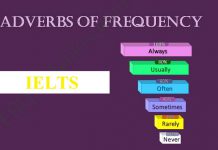 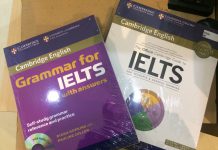 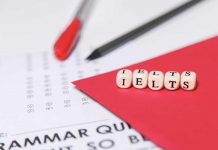 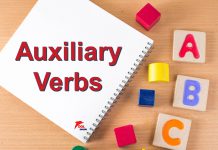 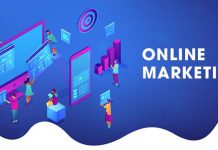 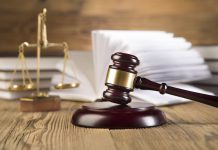